Bloodroot has flowered, and ramps are poking up, but everything else is slow. I’ve posted plenty of photos of them in the past, so I won’t bother this year. Just google the plant of interest and this blog together, and you can find them. In fact, you can do that for a lot of plants and mushrooms. If there’s something you’d like to see, just ask. I may have photos I never posted. If not, I’ll try to find one this year. 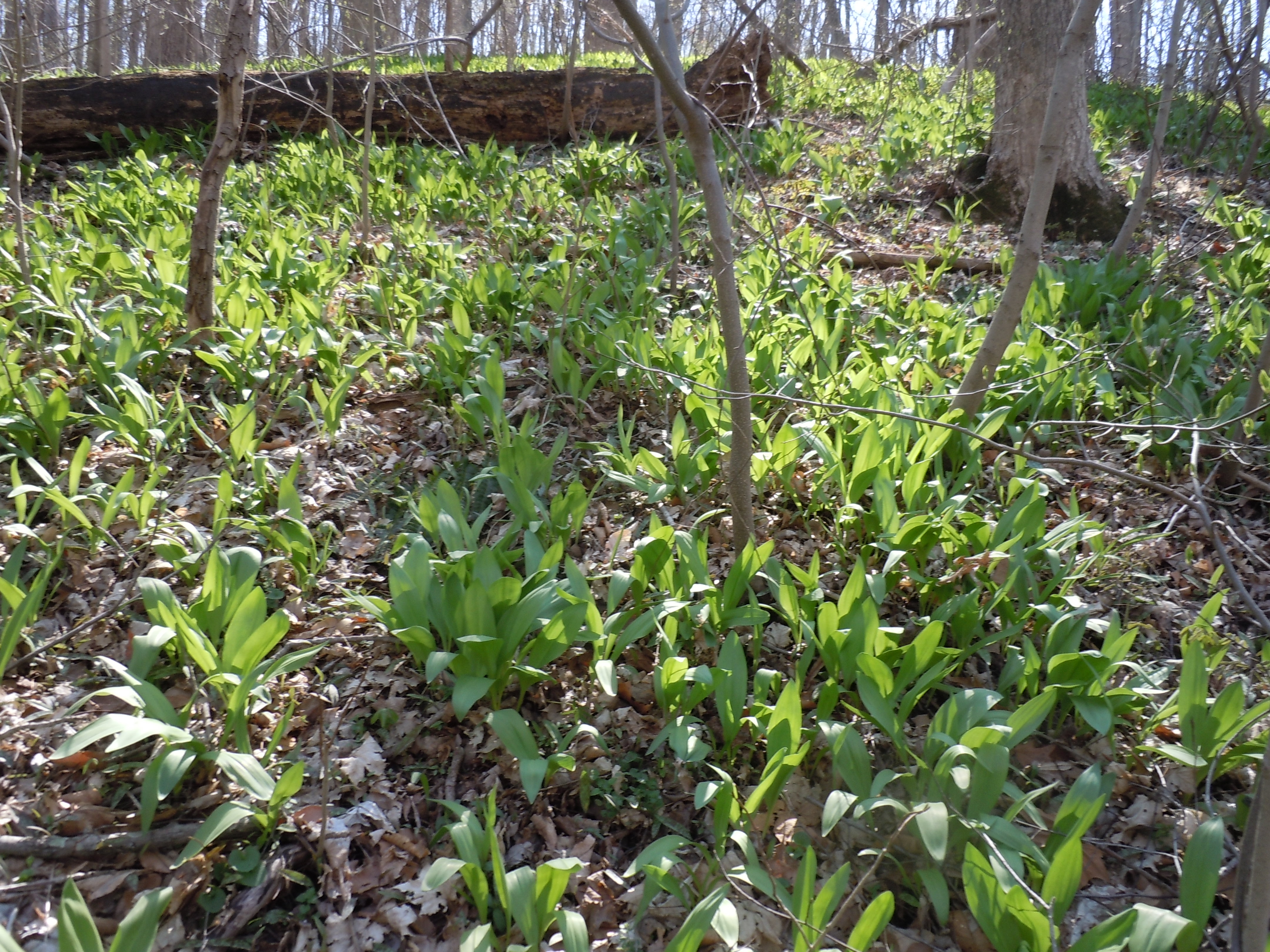 Boil taters, rutabagas, and turnips until soft. Saute chopped ramps and whatever mushrooms you have handy until soft. Add to the root mixture in a bowl. Add olive oil or butter to taste, salt to taste. Mash em all up together. It’s fittin’.

I want to go to Georgia for morels, ramps and anything else that might be up. Anybody got any suggestions on where to look? Comment here or email me at eatmore@eatmoretoadstools.com. I could use more Georgia ice cream (grits) also. Any favorite small mills in GA? 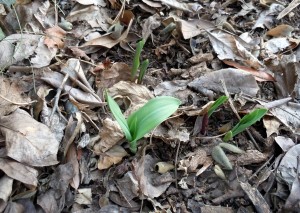 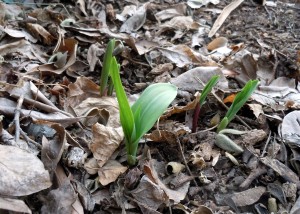 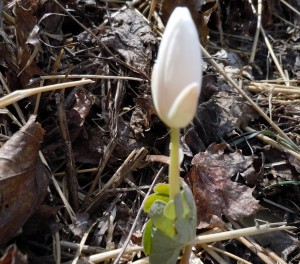 At least a few of the ones I have planted to alert me that the season has begun. 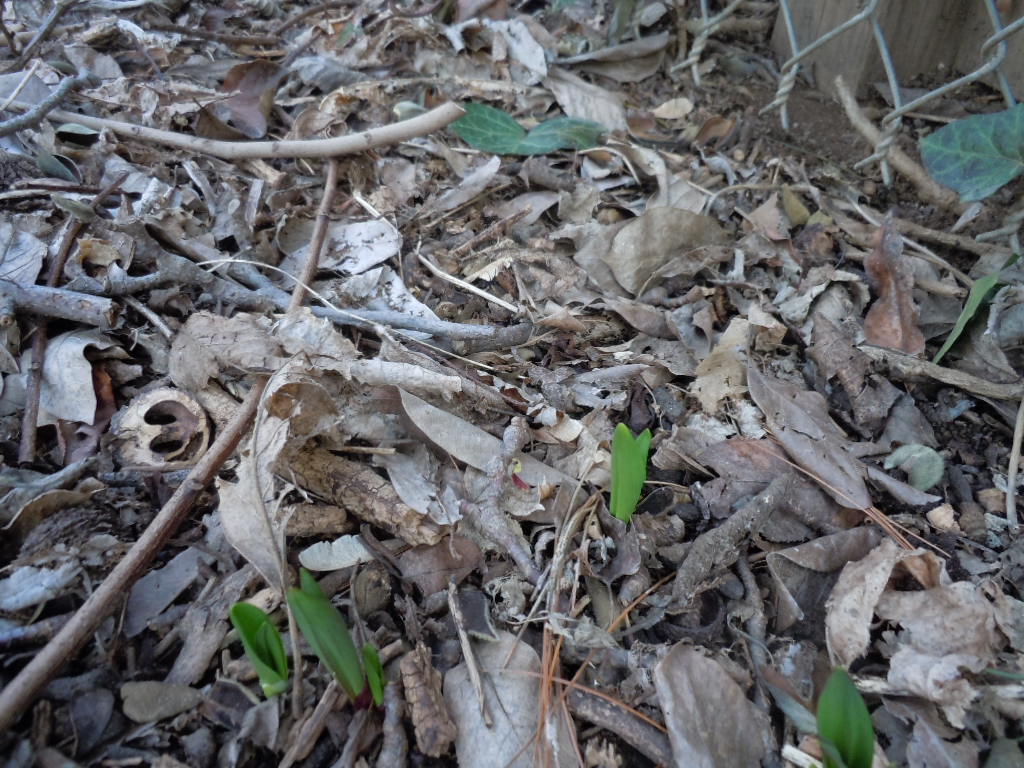 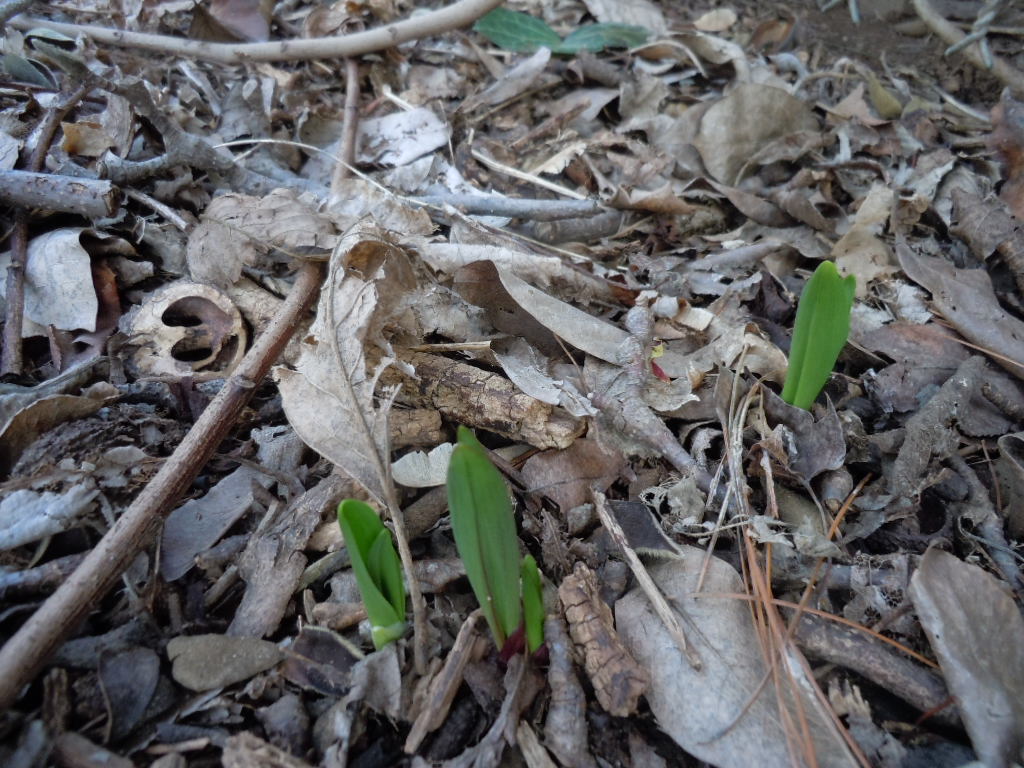 Once situated at a motel in Kane, I called the lovely Cat with whom I had made plans to go foraging.  We agreed to meet at her house the next day and she would take me to some of her sites.

So I drove to her house the next morning, where I was fed a great breakfast and then I was taken to dig leeks and wild onions, and pick fiddlehead ferns.  The fiddleheads do not taste quite as good as the ones that grow farther north.  However, the wild onions were a great surprise.  They were mild and tender, albeit a lot of work because they are so small and hard to clean.  Cat fed me supper, using some of the woodland treasures we harvested.

We also looked for chaga and investigated a few small apple “orchards” for morels.  I have never seen a morel in McKean CO, PA, and I probably never will. 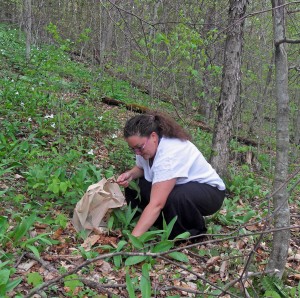 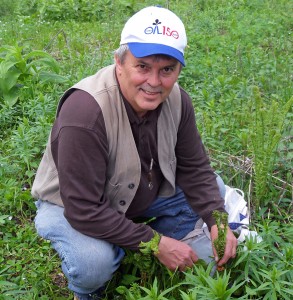 Eatmore T., posting more than a month after the fact.

I support the National Forest Service’s program of requiring permits to harvest certain plants, especially if they are resold commercially.  But I really wish Pisgah National Forest would step into the last decade of the 20th century and use the internet.  There is simply no reason why people should need to travel to one office to buy a permit from the one person who handles permit sales, who is not always available.  Everybody else knows how to sell things online.  I can buy a driver’s license, a fishing license, pay taxes and do most other transactions with state, local, and federal agencies online.  But I can’t even get a free permit to harvest a few pounds of ramps for my own consumption from Pisgah without driving to their headquarters.

Also, I would advise them to give up any starry-eyed dreams of selling permits for the commercial harvest of wild mushrooms.  It works well in Western national forests. But the East is an inconsistent producer of commercially valuable mushrooms.

It had been bone dry all spring when I arrived in the Asheville area.  It rained all night before Jim and I went out to look the morning of April 25.  We climbed up and down through some beautiful tulip poplar groves.  There were Mayapple, cohosh, bloodroot, trillium and other plants one might expect to find in woods where morels normally grow.  But not here, not now.

These are from my backyard.  They come up every year, but don’t seem to spread. I’ll be putting them in my kimchee soon when I go to my wild patches.

I made this for Thanksgiving.  It was great and it does not add much fat to your meal.  Feel free to improvise.

Wolfgang didn’t pay me to advertise his stock and it is “all natural” instead of organic.  It tastes so good with the mushrooms and ramps, that I am naming the brand.

1/2 cup of frozen morels and ramps sauteed in olive oil before freezing.

Bring vegetable stock to a boil. Add frozen morel/ramp mixture and stir until it thaws completely.  Simmer for 10 minutes, stirring occasionally.  Stir flour into cold water until dissolved.  Add to the gravy and simmer 5-10 minutes, until it looks just right.  Serve over whatever needs gravy.