I never woulda. But it’s true. Catch a flight to AZ now!

Buy your bulbs before you go:

If you see something of interest, click on it… buy something.  I work very hard to keep my site safe. Gimme some commissions! How can you resist the cute puppy?

The question: would you find short video clips to be of interest? I have one a friend did of me talking about the only morel we found that day. Let me know in the comments section. I do allow comments from the public. And questions too!

They are really late. And there were not that many. But something beats nothing. 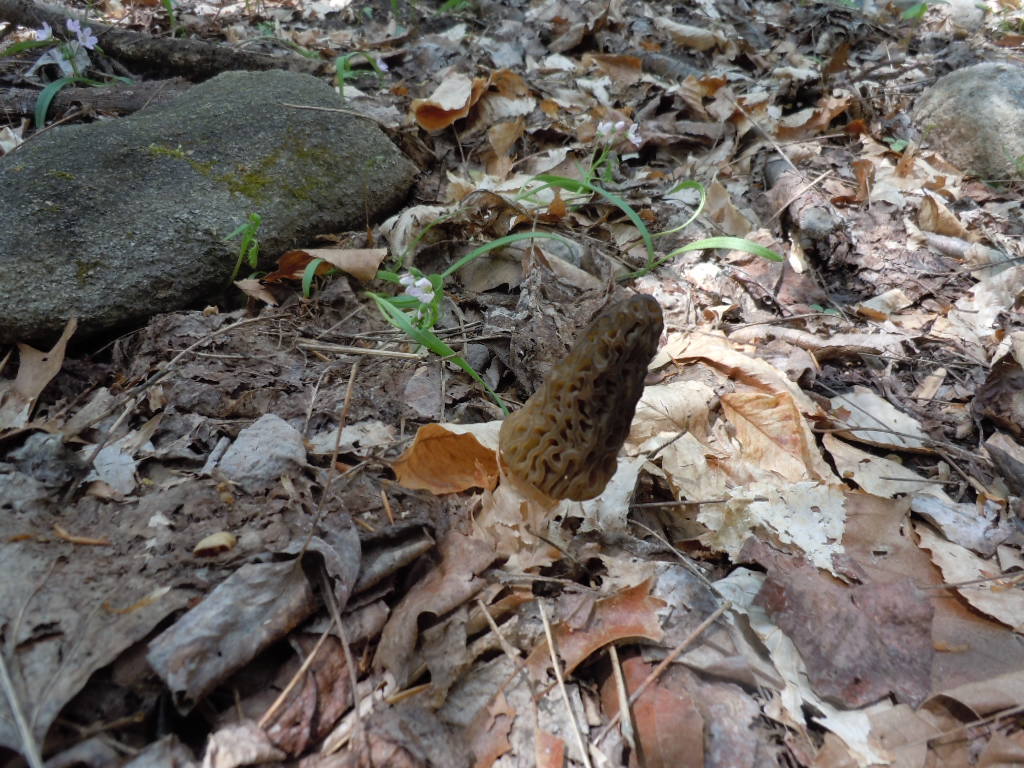 Can you tell me what else is on this plate besides morels? 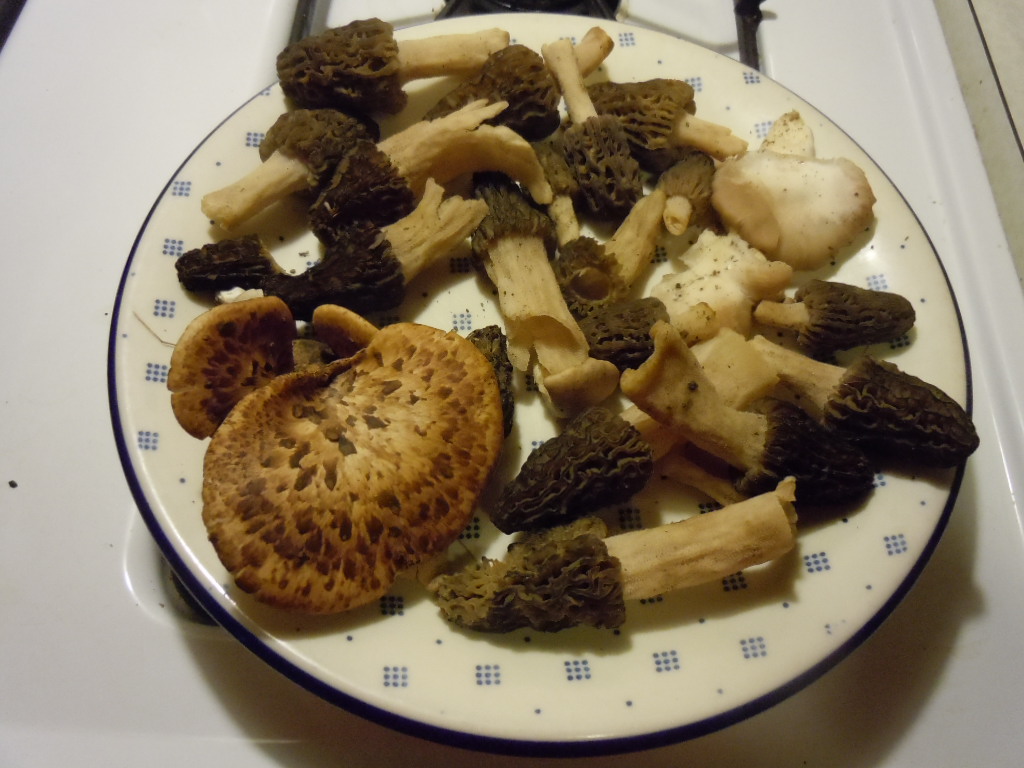 The third Wednesday of every April, the Wakefield, VA Ruritan Club hold a shad planking. I was there. The food is still good, even better than I remember it from when I first started going in the 1980s. The beer is still good. But it’s turned into a Republican mini-convention, which is not so good. As a result, fewer people attend.

It should be bipartisan. It’s not the fault of the Ruritan Club as an organization, but individual members should share the blame. The politicians they voted for gerrymandered all the Democrats into other districts. Safe seats for all, and nary a different opinion is heard. Only “I’m more blankety-blank than that guy from the same party running against me.”  OK, but where’s the ticket sales? This event provides money for various non-profits in the area. More partisanship, fewer bucks.

And Terry A., ya coward, you shoulda been there. Your opponent got free coverage in the Washington Post the next day due to his speech. Not that Terry A. is gonna read a mushroom blog…

Y’all probably didn’t know that I can do political rants. One of my many skills. Gotta do something while I wait for the morels to pop. April 20, and I haven’t found the first one.

Photos below. Send your cards and letters folks. Especially if you’re in one of the photos. 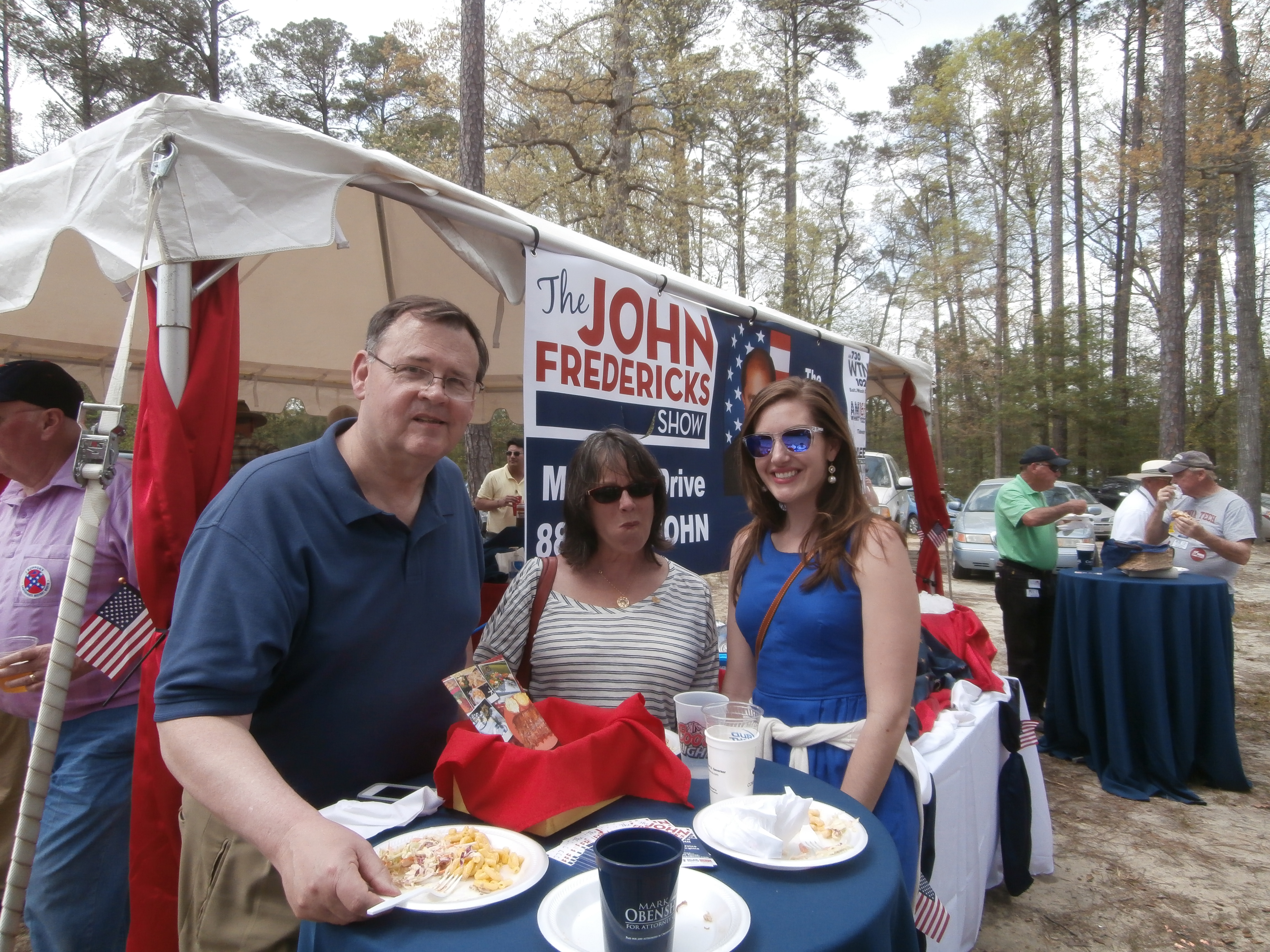 Some folks chowing down on good barbecue provided by a radio show. Makes more sense than the “inside baseball” Republican candidate giving away beer and hard cider (which was quite good) in a 22 oz cup that said “Mayor Bloomberg hates this.” What has Mayor Bloomberg got to do with rural VA and shad? 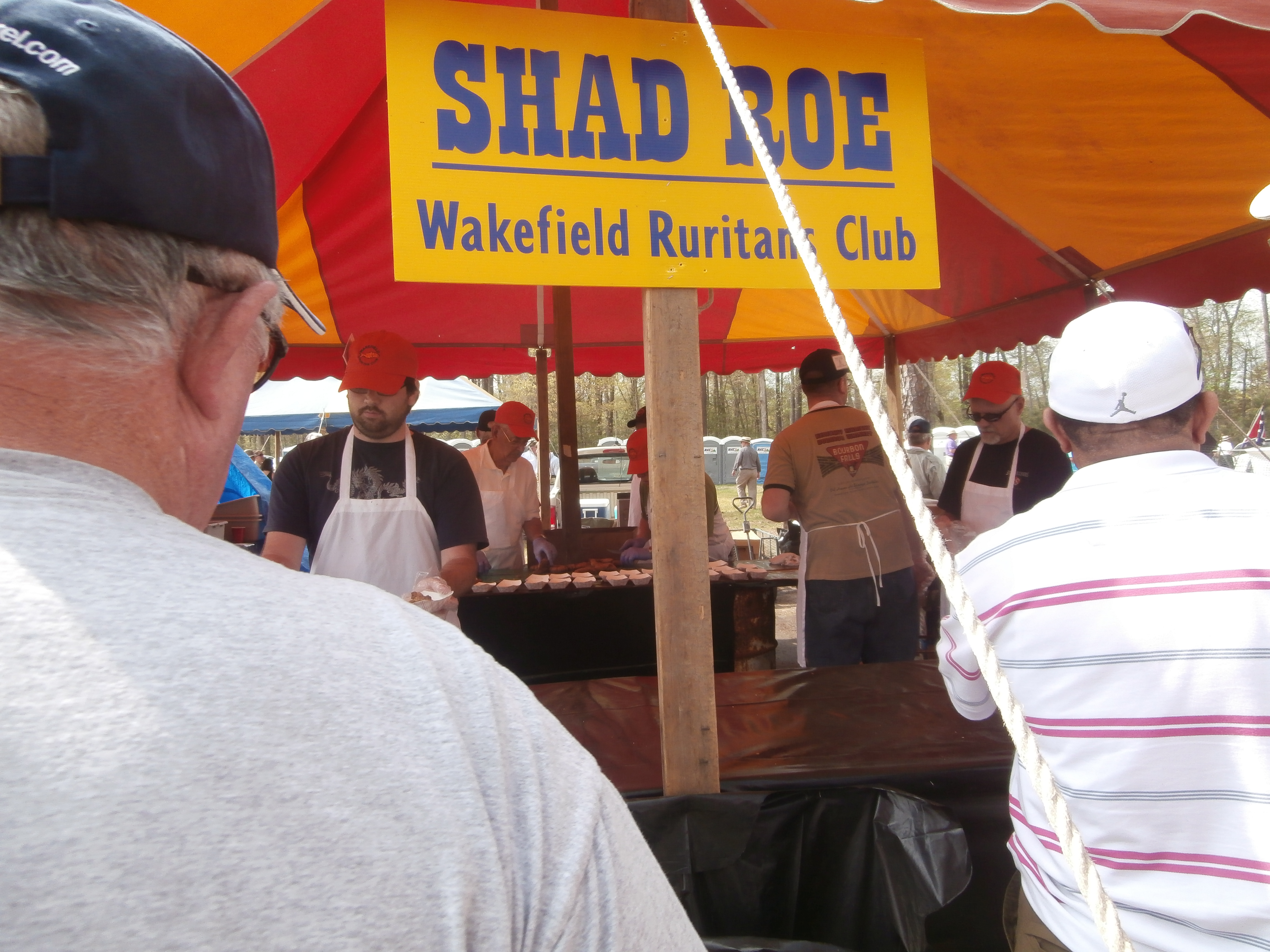 Shad roe. My favorite. Too bad those of us with fishing poles aren’t allowed to harvest any in VA, MD or DC, while commercial fisherman can still sell them to us. Hunting and gathering is not appreciated anymore. I did bend a pol’s ear about this. He promised to look into it.

Starbucks ad below. Support my site and buy advertised products through my links.

Here are photos of all the morels I’ve found this year.

OK, there aren’t any photos because I’ve found no morels yet. I spent 2 days looking over what seemed to be perfect morel country in Central GA with my friend, Selby Lowndes. We found nothing, although conditions seemed perfect. If anybody has any leads on where to find them in Middle GA, please let me know. I don’t want to know exactly where your patch is, but some general information would sure help.

One of these days. Check here to follow the harvest:  http://www.morels.com.  And buy yourself some seeds for your garden while you wait.  Check out the banner ad above as well as the ones I will post in the weeks ahead.

I didn’t find a single morel this year. Summer in March, cold and dry in April, and almost normal in May, but it was too late.  A friend took me to some great sites with dead elms last week. Nothing. Maybe next year, unless people buy enough stuff from my site that I can afford a trip to Quebec.

If you haven’t been, you should go. You can join for $15, pay 5 bucks if you don’t want to join the club, and it’s $5 to camp overnight. It’s worth far more than it costs.

I found 20 lbs of morels in my backyard today! Details to follow.